Existence of finite set of points in the revolving circles

In the following I drew a time-fixed picture of the problem, since actually the circles can revolve in the original circles by the condition of being tangent in each time: 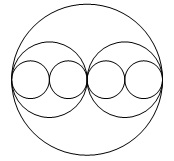 Motivation: Actually, one of my friends is working on the effects of critical points in the bounded area in the plane. He is engineer and do not like abstract mathematics. Based on his problem, I determine some special points in the bounded area and I give some properties to these points. After that, we define these points with their properties in the computer and we compute some special parameters of the phenomenon on that bounded area by some simple line integral and other mathematical tools. Actually, I helped him for all of this procedure. But in my private time, I abstracted this problem to the version which you can see.

In my opinion, for arbitrary $k$ the answer is no, and if these points exist, I think they have symmetry in the plane.

I think in general, the bellow claim is true:

This is not a answer, just an animation illustrating the challenge. The blue circle $C$ contains $9$ points, and the red circles $C_1$ and $C_2$ each contain $2$ points, except at four discrete times (times corresponding to rotations that are multiples of $\pi/4$) when they contain just $1$ each (e.g., at the start/end).

Do I misunderstand something, or such an easy argument works?

1. Assume that such set $S$ of $k$ points exists. Choose an arbitrary position of $C_1$ such that its center $O$ is not in $S$. The rest points inside $C_1$ are split into (open) semicircles (of possible circles $C_{11}$) joining $O$ with the boundary of $C_1$ and `facing clockwise'. Each such semicircle $c$ should contain an even number of points of $S$, otherwise the position of $C_{11}$ containing $c$ and that just a bit clockwise tp it contain numbers of points having different parities. Thus the total number of points inside $C_1$ is also even. 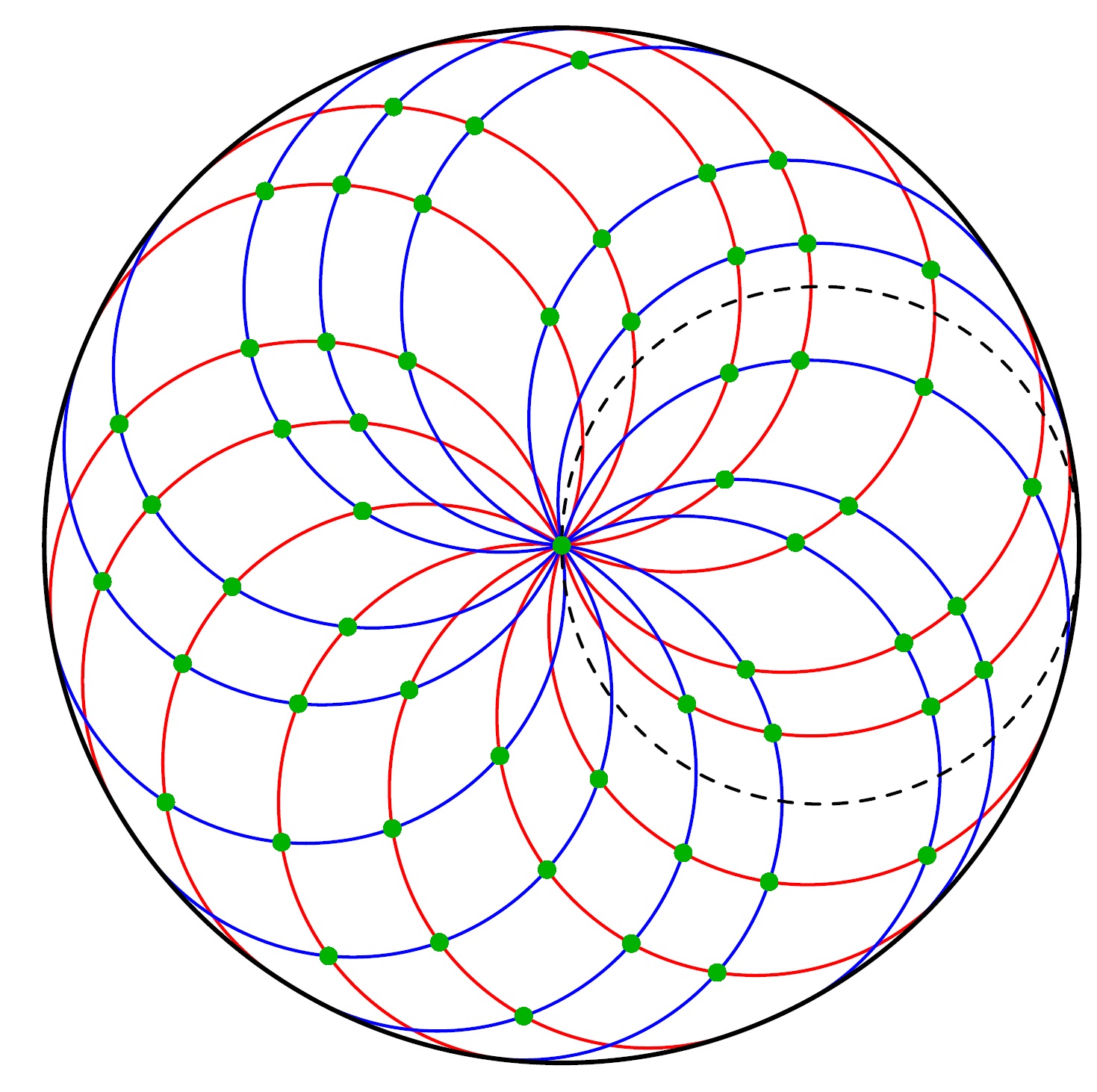 2. The same argument works for the general question about $C$, $C_1$, and $C_2$, unless the center $O$ of $C$ lies in $S$. As far as I understand, in this question you do not fix the radii of $C_1$ and $C_2$, otherwise an example from the Remark above can be completed by $O$ (In the picture below, there is an odd number of green points, counting the center).

If the radii may vary and $O$ is in $S$, then one may choose $C_1$ and $C_2$ of equal radii so that they do not pass through other points of $S$, and then increase one radius and decrease the other so as to include $O$ inside $C_1$.

Not the answer you're looking for? Browse other questions tagged mg.metric-geometry discrete-geometry plane-geometry or ask your own question.