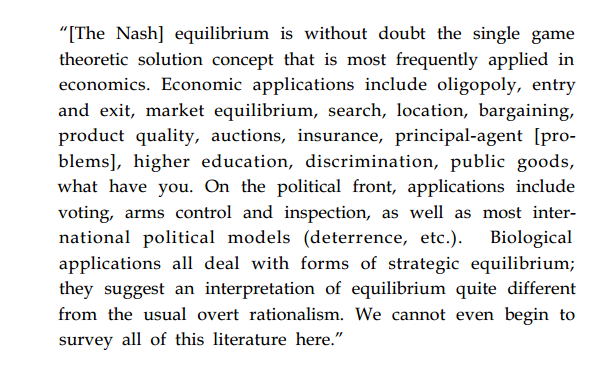 113
Which popular games are the most mathematical?
174
Interesting mathematical documentaries
34
Excellent mathematical explanations
46
Why was John Nash's 1950 Game Theory paper such a big deal?
25
Questions on J. F. Nash's answer about his errors in the proof of embedding theorem
8
Pure Mathematical Applications of Advanced Game Theory?
80
Nontrivially fillable gaps in published proofs of major theorems
8
Question on Nash's paper on $C^1$ isometric immersions: Why approximating the error tensor $\delta$?
3
Games and the right mathematical framework for GANs
Question feed