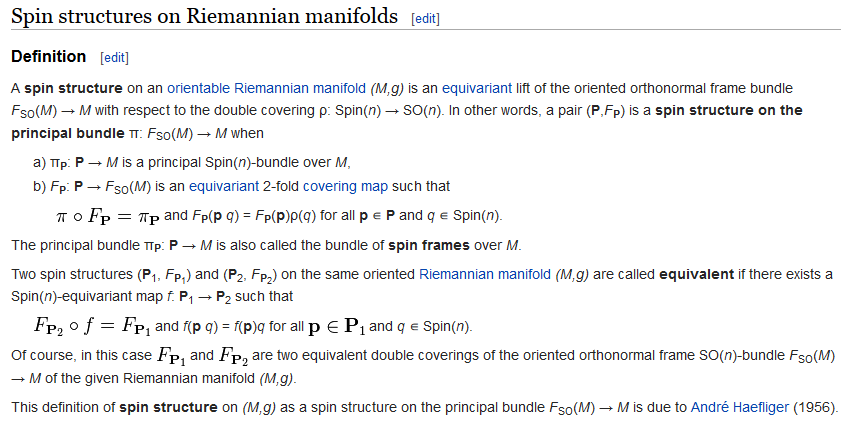 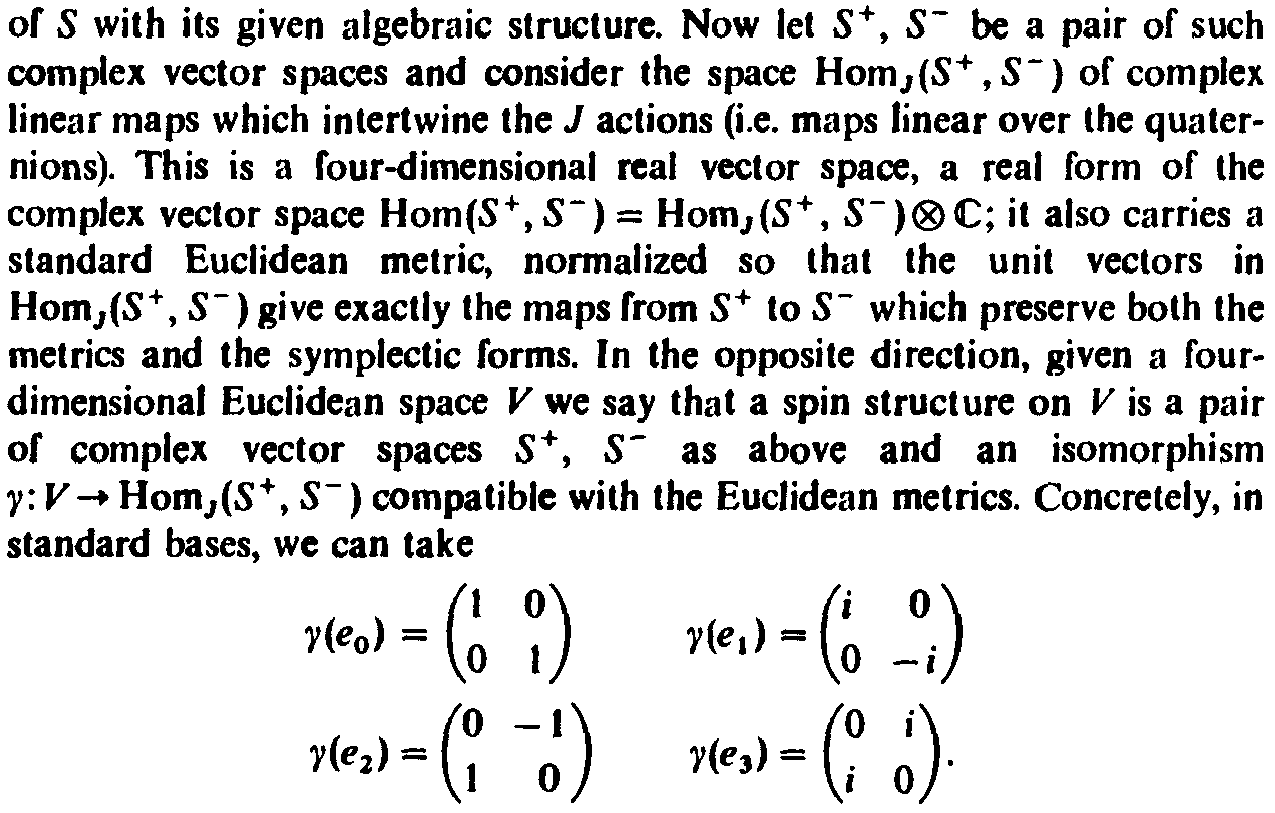 45
Classical geometric interpretation of spinors
17
what is a spinor structure?
4
Explanation that Twistor Space of $S^4$ is $\mathbb{C}P^3$?