Panning for gold nuggets: a type of isoperimetric problem

Let $C$ be a unit-radius circle in the plane. Suppose you have a total length $L$ of string available, and your task is to connect chords of $C$ using no more than $L$ of string to minimize the largest radius $r$ disk inside $C$ that can avoid all chords. So, if you have $L=4$, it is natural to $(+)$-partition $C$, which achieves $r=\sqrt{2}-1 \approx 0.414$, as illustrated left below.

If you have as much as $L \approx 5.084$ string, then the three chords shown right above achieve $r \approx 0.309$. I have no principled reason to believe this is optimal for that $L$ (although you can see that I at least arranged the six disks to have the identical radius $r$).

The general question is:

This might be approachable for small $L$, or by exploring a fixed number $n$ of chords ($n=2,3$ above). Perhaps Q2 is more tractable?

Q2. What is the optimal pattern of chords as $L$ grows large? Is it a non-equally-spaced orthogonal grid?

I have asked similar questions before: "Optimal planar net for catching convex shapes" and "Chord arrangement that avoids confining small or large disks." The tension here is that Yoav Kallus showed that the former question is answered by a hexagonal tiling, but straight chords cannot create such a tiling. 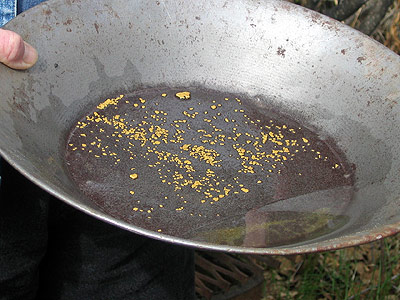 Partial update: It is easier to find the minimum $L$ possible for a given $r.$ I take this approach more consistently in the second part. I conjecture that for fixed $r$ it is optimal to use parallel chords at $y=1-2r,1-4r,1-6r,\cdots,1-2kr$ stopping at $k=\lfloor \frac1r\rfloor.$ 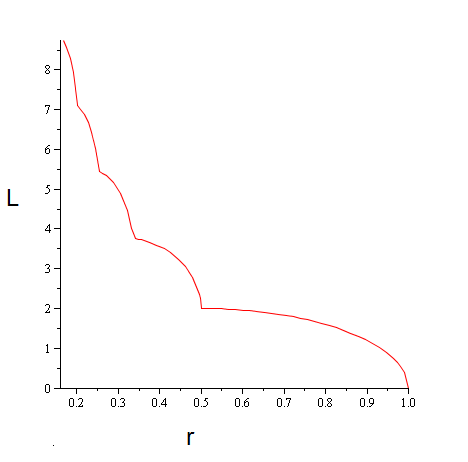 We will include the possibility of single point chords (called trivial) to account for disks tangent to the unit circle. However we will ignore them except when needed to have statements make sense. A chord with center at $(a,b)$ has length $2\sqrt{1-a^2-b^2}.$ We will pick a convenient orientation without comment. For example we will use horizontal chords where possible. A set of chords partitions the interior of the unit circle into connected regions.

An $(L,r)-$configuration is a set of chords of combined length $L$ and disks all of radius $r$ with these properties:

Each disk $D$ in an $(L,r)-$configuration (optimal or otherwise) is tangent to two or more chords. Call this set of chords $s(D).$ Our conditions require that the points of tangency with $s(D)$ must contain the center of $D$ is in their convex hull. Note that with $3$ or more chords in $s(D)$, both the center and radius are fixed.

This is a good way from a proof, but at least it gives a direction. As a moral argument, anything else wastes some length by fixing both the center and radius of some disk.