Thinnest 2-fold coverings of the plane by congruent convex shapes

And here is a paper from just a few days ago on this topic, which says that thinnest $k$-fold disk coverage for $k>1$ is "hopelessly difficult":

Q. For which shapes $K$ (planar convex bodies) is the thinnest $2$-fold covering (by congruent copies of $K$) known?

I would allow $K$ to be rigidly transformed: translated, rotated. Certainly if $K$ tiles the plane, the question is settled. So for all triangles, and for all quadrilaterals (see this earlier MO question), matters are settled. Some pentagons tile the plane. How about for $K$ a regular pentagon? Etc. (Added:). I am especially interested to learn if some thinnest $2$-fold covering is known for a shape that does not perfectly tile the plane.

[Edited to add a two-parameter family of hexagons]

Here's a family of convex pentagons $K_\epsilon$, each of which does not tile the plane but does have a perfect $2$-covering by rotated translates. 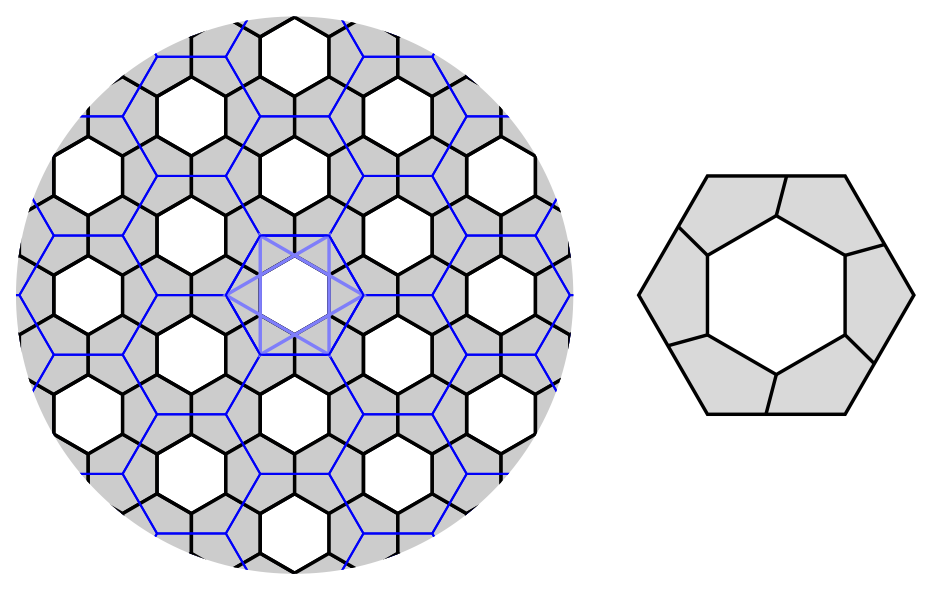 P.S. I later noticed a further modifiction to a two-parameter family of convex hexagons $K = K_{\epsilon,\delta}$ that do not tile the plane but do tile $R$ and thus perfectly $2$-cover the plane. Deform each edge of $\,\widetilde{\!H}$ to the same Z-shaped path ("Z-shaped": centrally-symmetric concatenation of three line segments). Call the resulting polygon $\,\widetilde{\!H}'$; it still tiles the plane. Do not change $H$. Then $\,\widetilde{\!H}' - H$ is tiled by six rotations of the same convex hexagon $K$, as seen in the first part of the next image: 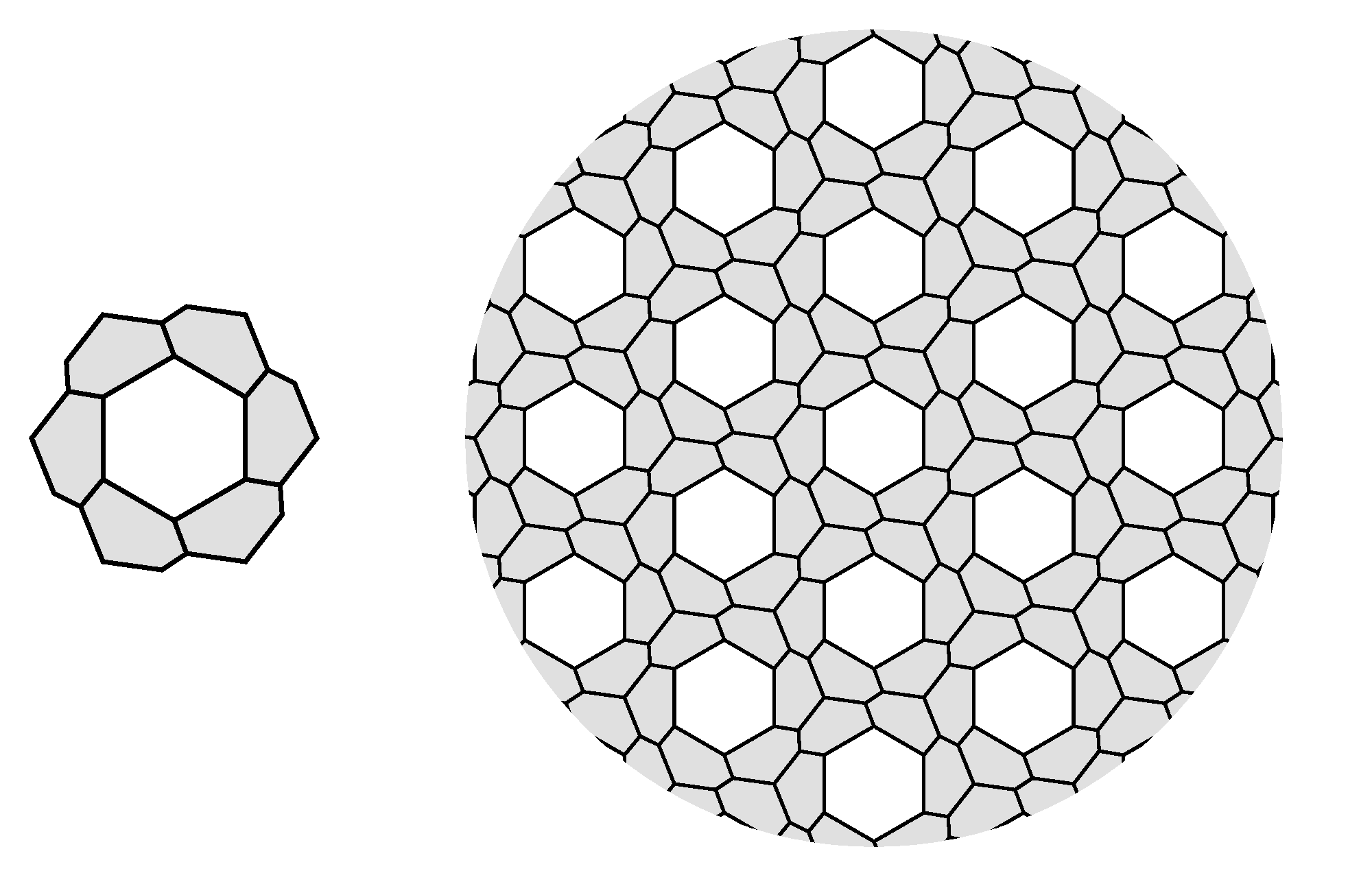 Hence $K$ tiles $R$, as seen in the second part, and therefore $K$ perfectly $2$-covers the plane. Compared with the pentagons $K_\epsilon$, this variation has the advantage not just of an extra parameter but also that it's much easier to check there's no perfect $1$-covering: If a convex hexagon tiles the plane then we can assume that any two adjacent tiles must share a complete edge, and that no more than three tiles meet in every corner; and that's soon seen to be impossible here.

Not the answer you're looking for? Browse other questions tagged reference-request mg.metric-geometry discrete-geometry tiling or ask your own question.

17
Higher dimensional generalization of: Any quadrilateral tiles the plane?

5
Convex tilings of the plane
2
packing disks tightly in the plane
31
Can the sphere be partitioned into small congruent cells?
10
What can we learn from the newly discovered monohedral convex pentagonal tiling?
27
Optimal sphere packings ==> Thinnest ball coverings?
6
Splitting the $n$-cube into two small congruent convex halves
9
Periodic tilings of the plane by regular polygons
7
Covering the plane with line segments with local hexagonal constraints
18
Smallest tile to tessellate the hyperbolic plane
Question feed