Why does an infinite tensor product depend on some vectors for operator algebras?

Here is the definition from Blackadar's book Operator algebras: 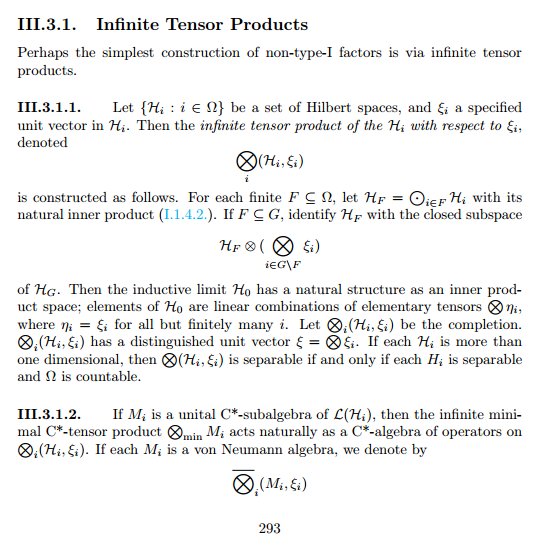 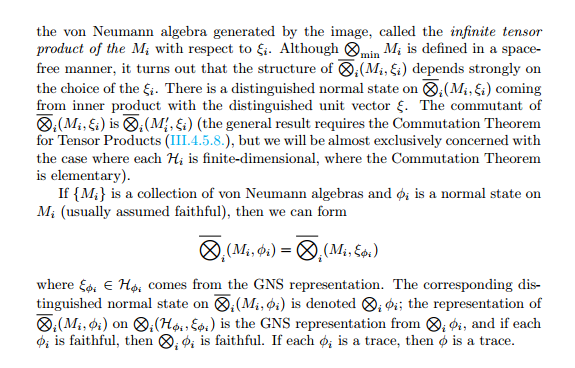 The same question is here: https://math.stackexchange.com/questions/940238/why-does-infinite-tensor-product-associated-with-some-vectors-in-the-operator-al

Not the answer you're looking for? Browse other questions tagged oa.operator-algebras tensor-products or ask your own question.