Higher dimensional generalization of: Any quadrilateral tiles the plane?

Any (non-self-intersecting) quadrilateral tiles the plane.

Q. What is the strongest known generalization of this statement to higher dimensions? I.e., $\mathbb{R}^d$ filling with combinatorial cuboids? Is Michael Goldberg's 37-yr-old paper the latest in $\mathbb{R}^3$? 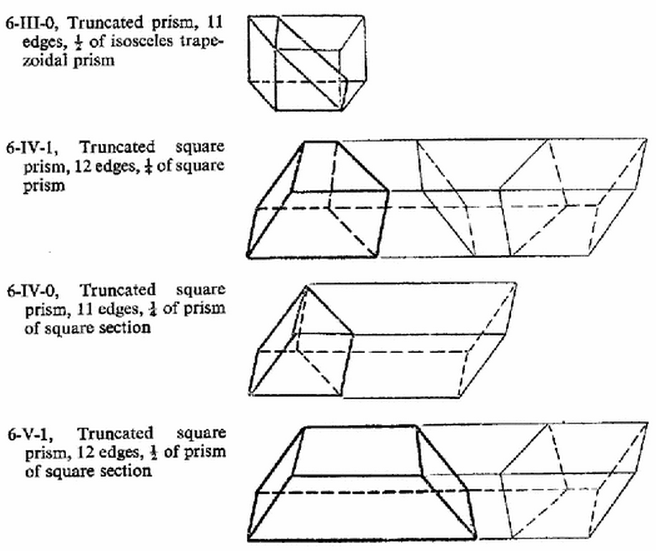 I just stumbled over this, maybe you find it useful:

As Douglas Zare already discussed in his comments, a polytope tiling $\mathbb{R}^n$ must have Dehn invariant zero. This statement has appeared at least twice in the literature:

A similar problem for tilings by translations has been solved by H. Hadwiger: Mittelpunktspolyeder und translative Zerlegungsgleichheit. Math. Nachr. 8 (1952) 53-58. This was also reproduced by Lagarias and Moews in the paper mentioned above.

See also the acknowledgement of priority by Lagarias and Moews, which discusses some of the history, all the literature references are taken from there.

Not the answer you're looking for? Browse other questions tagged mg.metric-geometry convex-polytopes polyhedra tiling or ask your own question.

66
Results true in a dimension and false for higher dimensions
29
Do the Baumslag-Solitar groups occur in nature?
11
Thinnest 2-fold coverings of the plane by congruent convex shapes