Cubic graphs whose 2-factors all have the same cycle type

Let $G$ be a bridgeless cubic graph. I am interested in such graphs where all 2-factors are isomorphic (as graphs), i.e. have the same partition as cycle type. We'll say that this partition is realized by the graph.
Apart from the trivial $K_4$ and $K_{3,3}$, an example is the Petersen graph realizing $(5,5)$, as all of its 2-factors are of type $(5,5)$. We can easily derive from it a 2-connected graph with a unique 2-factor, of type $(12, 5,5)$, by taking two copies and adding the blue vertices and edges. 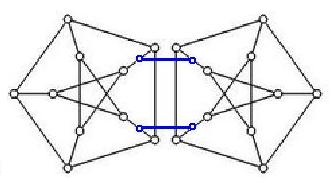 It is in fact straightforward to see here that both "inner pentagrams" must belong to any 2-factor. 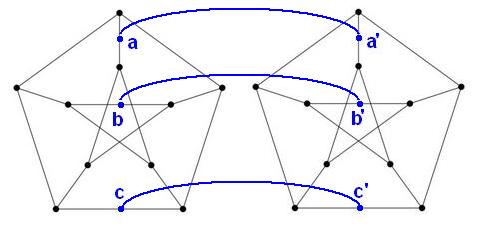 In the Petersen graph $P$, there are triples of edges with pairwise distance $3$. If we add vertices $a,b,c$ on each of the edges of such a triple (see picture), now take a second instance of this graph and add three edges $aa',bb',cc'$, we'll come up with a 3-connected graph $G$ whose only 2-factors are H-cycles, i.e. it realizes the partition $(26)$. This is because $a,b,c$ cannot be all contained in a 2-factor of $P$, so there must be two of $aa',bb',cc'$ contained in any 2-factor of $G$, and from there it is easy to check that such a 2-factor cannot contain a $C_5$ of $P$, i.e. it must pass through all vertices.
EDIT: We can realize other types $(n)$ by replacing $P'$ by certain other graphs:

Also there's one on 16 vertices obtained from Petersen by a different vertex-replacement. 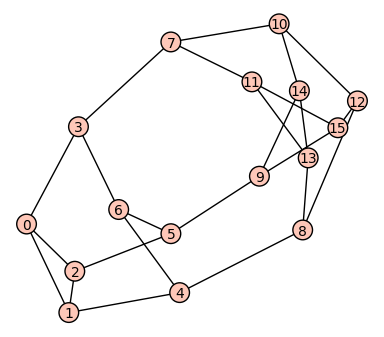 I'm sure you can find more similar ones.

The examples given above already contain all the ingredients for a construction that yields indeed infinitely many graphs whose only 2-factors are H-cycles.

Start with an arbitrary rooted binary tree. We'll think from the leaves to the root.

Not the answer you're looking for? Browse other questions tagged co.combinatorics graph-theory factorization or ask your own question.

17
Has this notion of product of graphs been studied?
7
Non-unique 2-factorization of 2k-regular graphs
10
Graphs with many edges avoided by Hamiltonian cycles
11
Can a graph be reconstructed from its cycle lengths?
1
Total Coloring of even regular bipartite graphs
Question feed