Who first dubbed them "expander graphs"?

Expander graphs ("sparse graphs that have strong connectivity properties") burst onto the mathematical scene around the millennium, but I have not been successful in tracing the origin of (a) the concept, and (b) the name expander. Does anyone know? And can provide a citation? 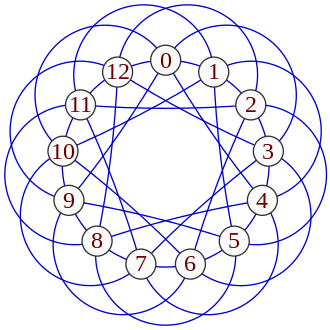 which was published in 1967. They proved that they exist via a probabilistic argument. They were then rediscovered and named expanders by Pinsker in his paper

available here (see the appendix). He also proves they exist via a probabilistic argument. The first explicit examples were found by Margulis in his paper

and by Gabber-Galil in their paper

By the way, I learned the above history from the following lovely paper:

The term expanding graph was coined by Pinsker in the proof of the main result (Lemma 1) of his paper, "On the complexity of a concentrator," which appeared in the proceeding of 7th International Teletraffic Congress, published in 1973. Margulis worked at the institute, Problemy Peredachi Informatsii Institute during the same time period, M. Pinsker and L. A. Bassalyo worked (Bassalygo still works there) and published his paper, "Explicit construction of concentrators in Problemy Peredachi Informatsii Journal the same year. However, Margulis never mentions the term expander anywhere in this paper. The term expander seems to appear the first time in Gabber and Galil's 1979 and 1981 papers, "Explicit constructions of linear-sized superconcentrators," in an odd way by making a reference to Margulis' paper. Here is the phrase Gabber and Galil used on the second page of their paper: "Margulis [2J made a major step forward. He found a way to construct explicit linear expanders defined below." This appears in both the conference and journal edition of their paper even though Margulish never mentions the term expander in his paper. It remains to be determined if the term expander appeared explicitly in any article published between 1973 (Margulis) and 1979 (Gabber and Galil). Margulis was recently interviewed as a co-winner of 2020 Abel prize, where he credits Pinsker for coining the term expanding graph (Around 43 minutes into the video towards the end), but then also mentions that the notion of an expanding graph was transformed over time into other forms. (Video Link: https://www.youtube.com/watch?v=FInTu9-MHHU&t=32s&ab_channel=TheAbelPrize).

Not the answer you're looking for? Browse other questions tagged co.combinatorics graph-theory ho.history-overview computational-complexity or ask your own question.

4
A question about expander graphs
12
How to find or constrain "particularly good" (two-sided) spectral expanders?
6
Who first used/gave a coordinate representation of a graph?
4
Non-Cayley expander graphs
8
Why are faithful actions called faithful and who first called them faithful?
Question feed