A beautiful theorem known as the Japanese Theorem (Wikipedia, MathWorld) says that, no matter how one triangulates a cyclic (inscribed in a circle) polygon, the sum of the radii of the incircles is the same: 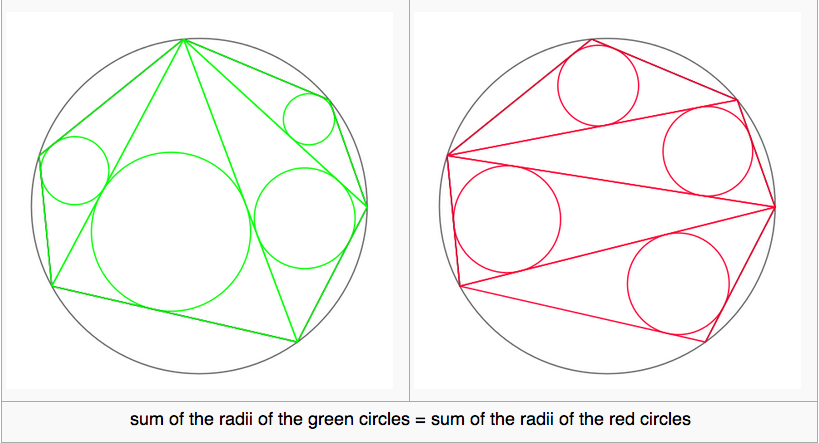 Q. Does this generalize to higher dimensions? In particular, if one partitions a convex polyhedron in $\mathbb{R}^3$, all of whose vertices lie on a sphere, into tetrahedra, is the sum of the radii of the inspheres independent of the tetrahedralization?

A bit of search has not resulted in an answer, which suggests that the answer may well be No... 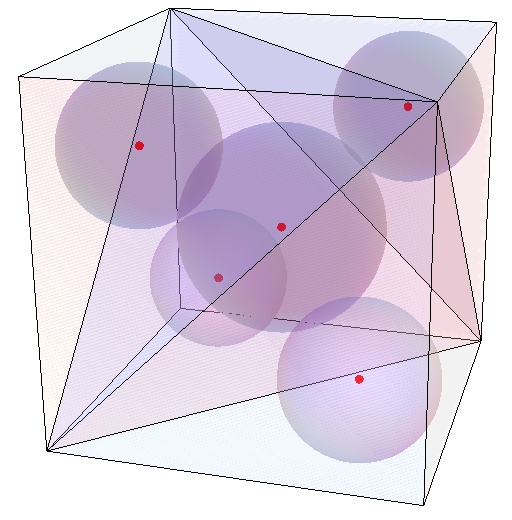 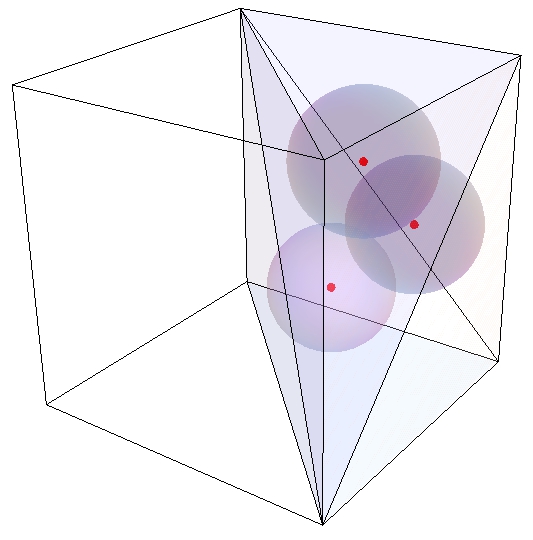 Browse other questions tagged mg.metric-geometry convex-polytopes or ask your own question.