Bunimovich proved that the billiard-ball dynamics in the Bunimovich stadium is ergodic. 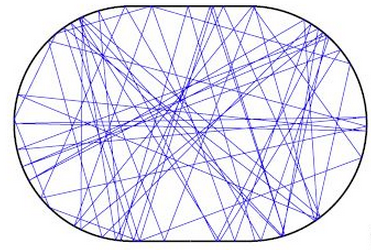 Q. Is it known that the billiard-ball dynamics in a rounded rectangle is ergodic? 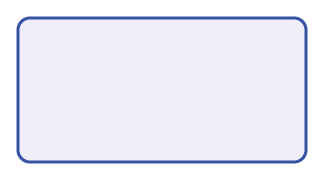 Here the corners are quarter circles; so can be viewed as a stadium with vertical segment inserts. Perhaps Bunimovich's proof also covers rounded rectangles? If anyone knows, I'd appreciate a pointer—Thanks!

I think the brief answer is Yes; the answer seems to be well-known to the grand master of billiards, Bunimovich himself. See http://www.scholarpedia.org/article/Dynamical_billiards and the references quoted therein.

The above example of rectangular billiard with round corners has several ergodic components in the invariant measure so it is not uniquely ergodic. But as long as there are round corners (focussing boundary components) there will be a continuous ergodic (w.r.t Lebesgue) component, while others, corresponding to periodic orbit (families), will be singular.

Other examples of this type of mixed invariant measure include the "mushroom" displayed by Bunimovich as Figure 3 in the above article–they are thus neither fully chaotic nor fully regular (the sharp rectangle would be non-hyperbolic). A billiard in such a mushroom has one integrable island formed by the trajectories that never leave the cap, and it is chaotic and ergodic on its complement. A mushroom becomes a semi-stadium when the width of the feet equals the width of the hat. Combining mushrooms together one gets examples of billiards with an arbitrary (finite or infinite) number of islands coexisting with an arbitrary (finite or infinite) number of chaotic components (see edit)

The relevant result is stated in Bunimovich, "Conditions of stochasticity of two-dimensional billiards" Chaos 1, 187-193 (1991): If the circles to which the arcs belong are completely contained in the billiard, the dynamics is ergodic. So

Yes, if the rounded arcs have equal radius.

If not, it is easy to construct rectangles for which the above condition fails.

Conjecture: There is an example with non-equal radii which is not ergodic.

Not the answer you're looking for? Browse other questions tagged ds.dynamical-systems ergodic-theory or ask your own question.

24
Billiard dynamics for multiple balls
37
Billiard dynamics under gravity
23
Book recommendation for ergodic theory and/or topological dynamics?
10
Examples In Ergodic Theory and Topological Dynamics
6
Ergodic theory: from Dynamics to Gibbs measure
2
Transformations whose product with a given rotation are ergodic
11
Minimal, uniquely ergodic but not Lebesgue-ergodic?
Question feed