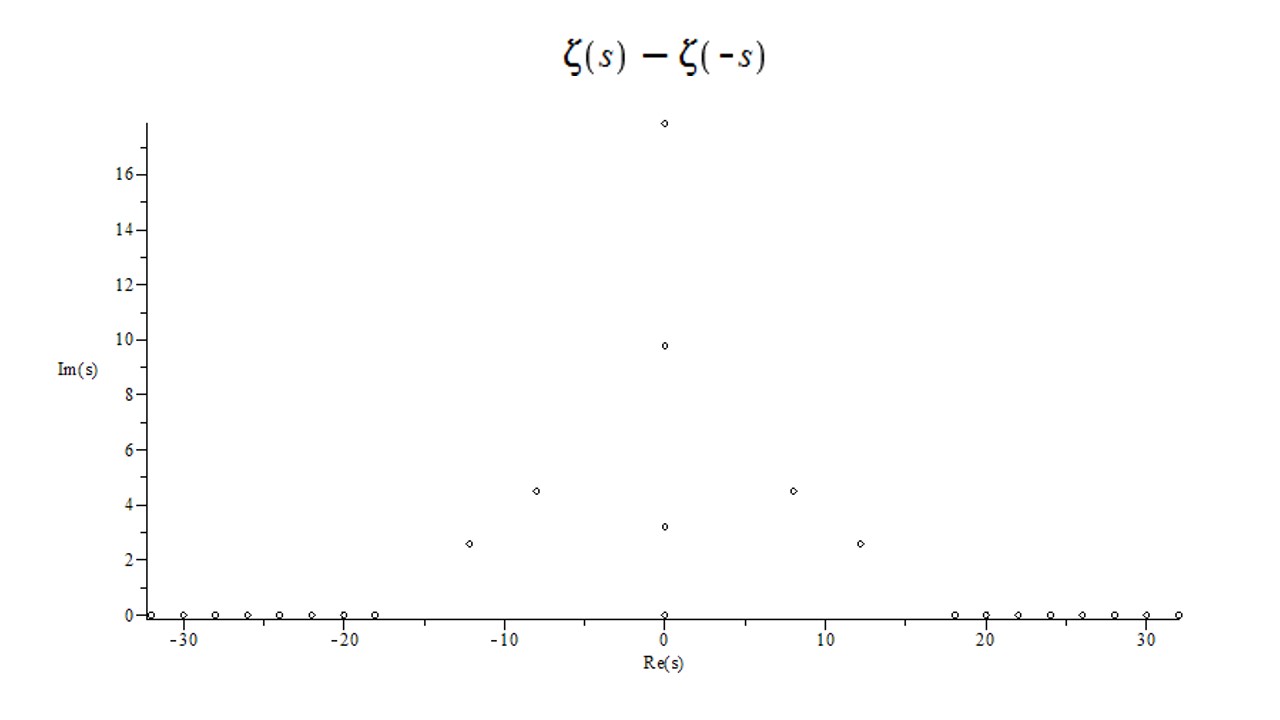 I could not find a function on the web that directly links $\zeta(s)$ to $\zeta(-s)$, but via this formula (derived here),

This function suggests that the non-trivial zeros could play a role in the conjecture (and maybe the RH even implies it), however grateful for any thoughts on how I might proceed in proving (or falsifying) this.

I now wondered if this implies that the same must be true for:

Finiteness of counterexamples follows from the paper On the zeros of sums of the Riemann zeta function, Haseo Ki

1
Except for a finite few outside the strip, do all complex zeros of $\zeta(a+s)\pm \zeta(a+1-s)$ reside on the critical line for all $a\lt 0$?
1
Question about the zeros of the sum/difference of two finite Euler products
1
Are these valid expansions of the Riemann $\xi(s)$ function in the Hadamard product?

23
Are the 'semi' trivial zeros of $\zeta(s) \pm \zeta(1-s)$ all on the critical line?
5
A closed form of infinite products of complex zeros involving $\Im(\rho_n)$. Does a proof of this closed form imply RH?
7
Pair correlation for the Riemann zeros and $(\zeta^\prime(s)/\zeta(s))^\prime$
2
Is there anything known about the complex zeros of this integral related to $\zeta(s)$?
4
A Hadamard product of the zeros of the Riemann integral. Does it put any constraints on where the $\rho$'s can reside in the critical strip?
6
Are all complex zeros of $\dfrac{\zeta'}{\zeta}(s) \pm \dfrac{\zeta'}{\zeta}(1-s)$ on the critical line $\Re(s)=\frac12$?
Question feed