What I would like to do instead is incorporate the covariance matrices of my transformation to compute a distance measure similar in function to a Mahalanobis distance. Is there a closed form way to do this?

To help clarify, I've plotted the problem in a two dimensional world below, where points are in $R^2$, and transforms are in $SE(2)$. Here, a point $p_1$ can be transformed by $T$ to find a point $T p_1$. However, because we know the covariances of the rotation and translation, we can see that random samples of $T p_1$ would be distributed according to the banana shaped distribution shown in red. What I would like to find then is a distance measure that would will take these covariances into account such that $p_2$ would be significantly "closer" than $p_3$ to $T p_1$. 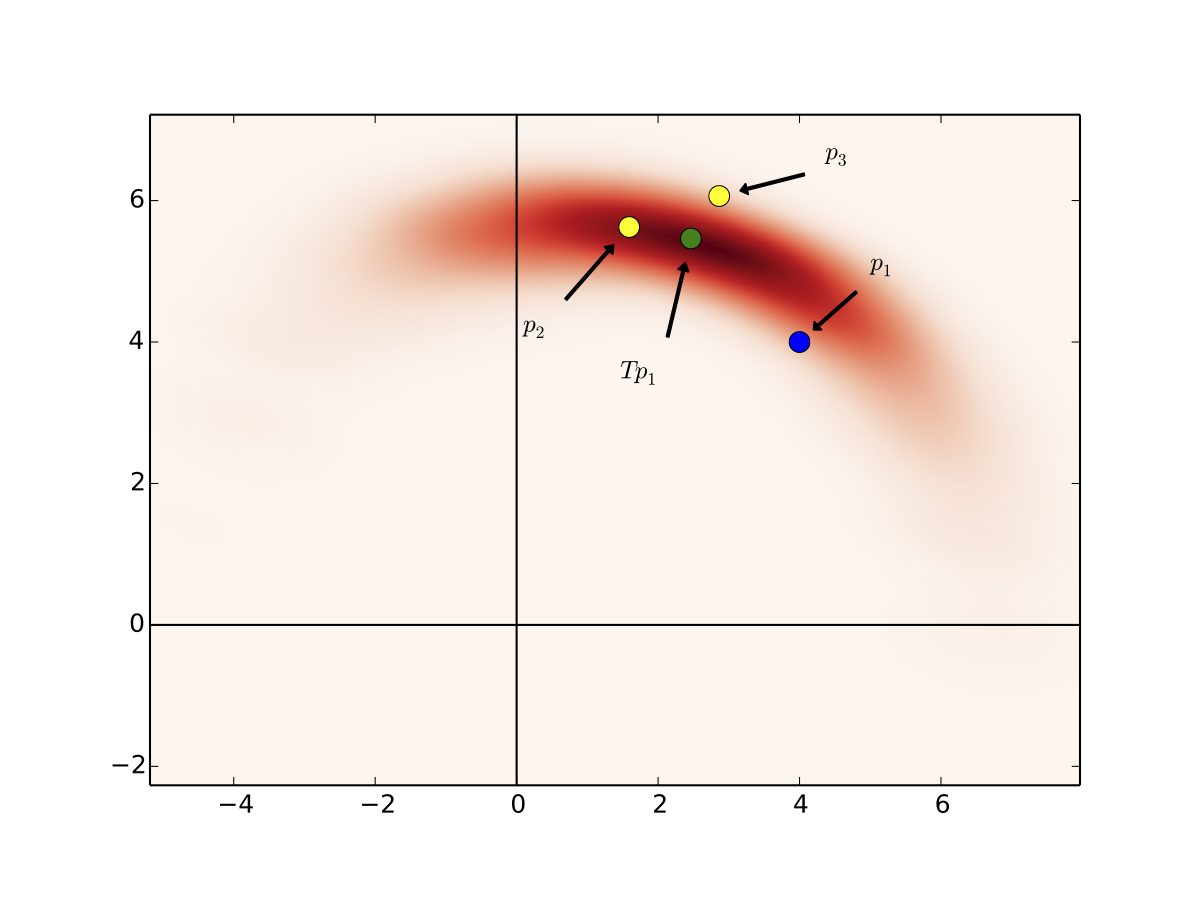 A modification of the Mahalanobis distance for quaternion data is presented in section 3.5 of Ultramicroscopy 133, 16-25 (2013).

Even though this question is a little old, I still find it valuable to update with an appropriate answer.

8
Expected distance between two points in the plane
19
Repeated random two-steps in $\mathbb{R}^3$: unbounded?
2
Matrix expression for elements of $\text{SO}_0(1,4)$
1
Comparing noisy truncated RV with noisy regular RV
0
Bounding $E[\|\Sigma^{-1/2}(X-\mu)\|_2^3]$ for 2-dimensional Bernoulli
1
Bound between distance between Rotation Matrices
1
How fast does this Gaussian random walk move away from the origin?
Question feed