Degree 2 branched map from the torus to the sphere

Algebraic geometry predicts a degree 2 branched cover from an elliptic curve to the projective line. What does this map look like topologically?

edit: This is of course more general than you were asking, but the picture is completely general when you're talking about topology.

edit 2: A picture of this (albeit approached from the perspective of starting on the projective line and cutting slits) can be found in section 20e of Fulton's Algebraic Topology book.

An elliptic curve is an abelian group. The quotient with respect to the equivalence relation $x\sim -x$ is a genus 0 curve. The branched cover is the projection to the quotient and the singular points are the 4 points of order 2 on the curve.

The cover of the first edition of Francis' book: "A topological picturebook". 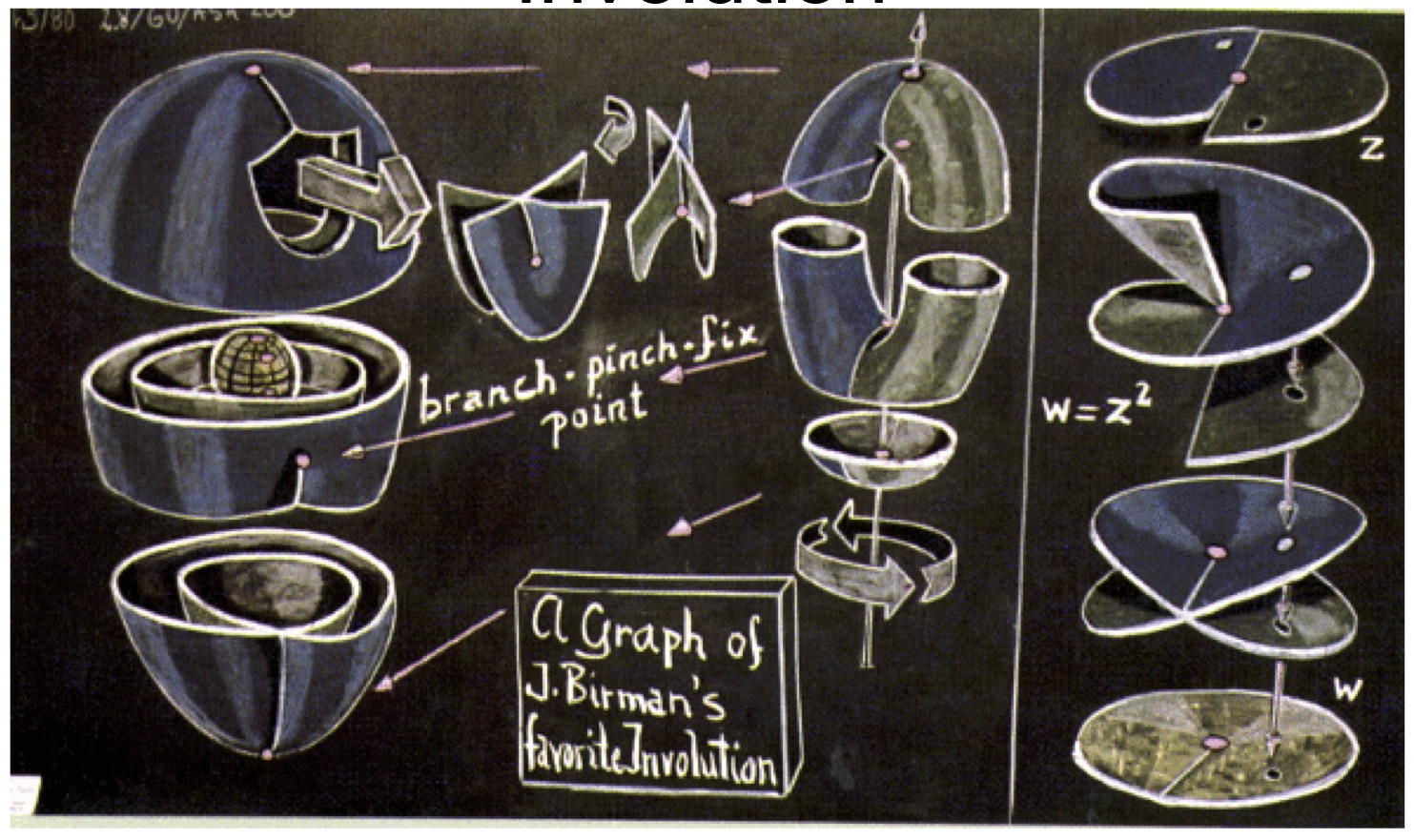 You can do a reverse construction: start with a sphere without 4 points; now add two points over each one in such a way that every time you go around one hole the two points get interchanged.

Not the answer you're looking for? Browse other questions tagged ag.algebraic-geometry at.algebraic-topology or ask your own question.

16
Topological version of Bogomolov’s question
2
Different ways to construct maps and the tensor products of line bundles
0
graph of elliptic curve inside projective space
2
Reference request: parametrizing covers of the projective line
3
Questions on a Certain Branched Cover of the Two-sphere
3
Configuration of the branch locus of a branched covering of an elliptic curve
5
Branched Regular Cover over 4-times punctured sphere
1
polynomial branched cover of the sphere with specified monodromy
10
Concrete examples of covering from the 3-torus to the 3-sphere
Question feed