Ordered geometries from convex subsets of the plane

In the Klein disk model of the hyperbolic plane, the points are the interior of the disk, and the lines in $H^2$ correspond to lines intersecting the interior. 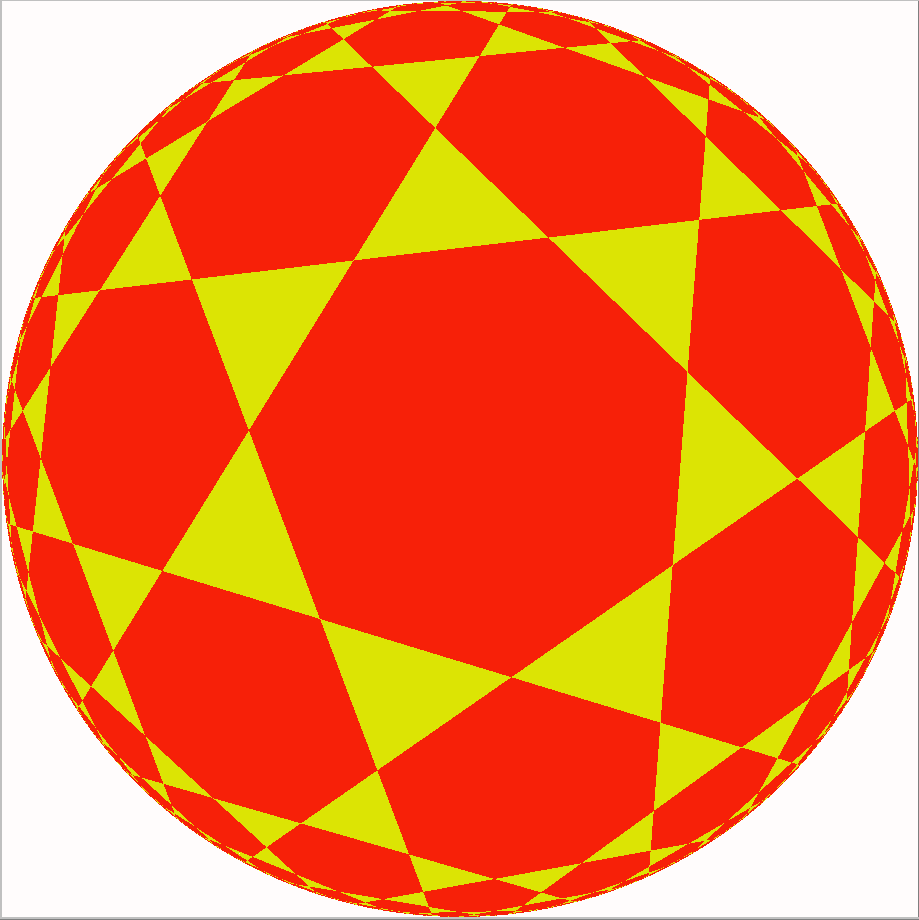 Similarly, the Euclidean plane can be modeled by the interior of a hemisphere of $S^2$ (or $\mathbb {RP}^2$ minus a line) so that lines in $\mathbb R^2$ are the intersections of geodesics of the sphere with the hemisphere.

In both cases, the angles aren't preserved, but the orderings of points on lines are preserved.

For any open convex set in $\mathbb R^2$, consider the nonempty intersections of lines with the set as lines in an ordered geometry with the induced ordering from $\mathbb R^2$. Two such geometries are equivalent if there is a bijection between them preserving lines and the ordering on each line.

Either line-segment preserving maps are quite flexible, or else there should be ways to recover much of the information about convex sets from their incidence geometries.

You can distinguish the interior of a triangle from $H^2$ (or any other bounded convex open set) through the incidence relations. In the triangle, there are three lines such that every other line intersects at least one of the three. Any three lines through the vertices work. In $H^2$, you can always find a line disjoint from any finite collection of lines.

Similarly, if a line segment makes up part of the boundary of a set in the plane, then the incidence geometry is not $H^2$.

Convex sets give the same geometries if and only if they are projectively equivalent. In particular, it is only conics that give $H^2$.

We would like to prove that $\phi$ is a projective transformation.

The following attempt uses the theorem of Desargues together with the fundamental theorem of projective geometry.

Claim. $\phi$ can be extended to the whole of $P^2(\mathbb{R})$ such that lines are mapped to lines.

Then this picture of the triangles in perspective, without the point $x$, can be transferred to $C_2$ using $\phi$. All incidences are preserved, so by the converse of the theorem of Desargues, the three connected sets $\phi(c_i)$ lie on concurrent lines. Define $\phi(x)$ to be the point of concurrency. It is easy to see that the definition is independent of which chords through $x$ are used.

We are halway there. It remains to prove that the extended $\phi$ preserves collinearity.

If at least two of $x,y,z$ are in $C_1$, it is clear that their images will also be collinear. So assume without loss of generality that $y,z\notin C_1$.

If on the other hand, $x\notin C_1$, we again use the theorem of Desargues. Find triangles inside $C_1$ such that the points in which their corresponding sides intersect, all lie on the line through $x,y,z$. (As before, it is easy to see that this is possible.) By the converse of Desargues, the triangles are in perspective. Transfer this picture with $\phi$ to the plane in which $C_2$ lives. We again get two triangles in perspective, and by Desargues, $\phi(x)$, $\phi(y)$, $\phi(z)$ are collinear.

We have shown that lines are mapped onto lines. By (a very special case of) the fundamental theorem of projective geometry, $\phi$ is a projective transformation.

Not the answer you're looking for? Browse other questions tagged mg.metric-geometry geometry or ask your own question.

8
Hilbert style axioms for Euclidean and/or hyperbolic geometry without reference to congruence?
30
Tiling of the plane with manholes
20
Is every elementary absolute geometry Euclidean or hyperbolic?
12
What are the extremal CAT(0) metrics?
2
On some optimal containers of a set of points on the 2D plane
3
Finding particular closed paths in geometric plane regions
3
On some centers of convex regions based on partitions
Question feed