Can $\zeta(s)$ for $\Re(s)>1$ be split into two factors that each can be analytically continued?

Contrary to the factors of the original Hadamard product, these alternating factors do converge.

is the entire function to be split into two factors. 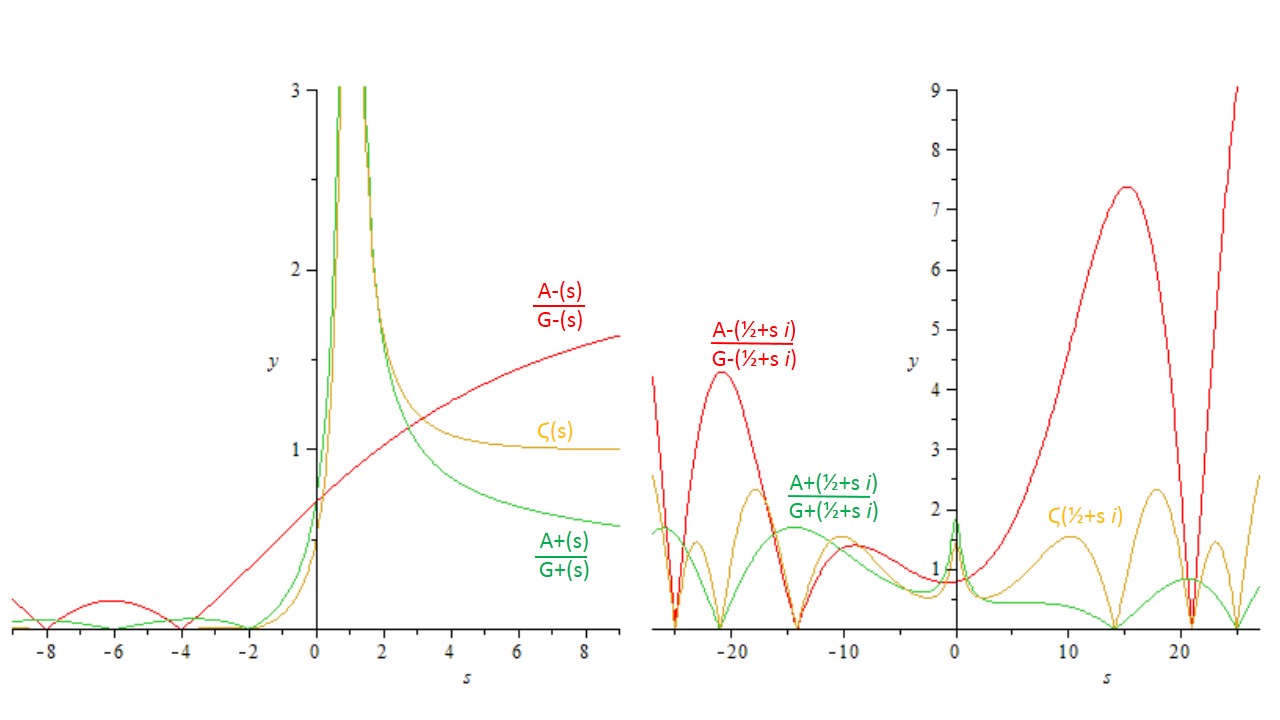 Question (apologies for the long intro):

The graphs of the two potential factors for $\zeta(s)$ above, could both be seen as analytically continued functions across $\mathbb{C}/1$, that have been derived "bottom up" from their alternating zeros. This would imply that in the domain $\Re(s)>1$ the two factors must multiply into:

Hence my question: are there any ways to split, the known analytically "discontinued" expressions for $\zeta(s)$ in the domain $\Re(s)>1$, into two factors that each can be analytically continued again?

Haven't found a full answer yet, however did discover a nice way (very different from the approach in the question) to split $\zeta(s)$ into two factors that are valid in $\mathbb{C}{/1}$ and that each induce the alternating conjugates of the $\rho$s.

This allows the $\zeta(s)$ function to be split into (assuming principal branches for the squared roots):

The graph below shows a plot of both functions and how the zeros alternate. The additional pair of roots induced by the numerator at $\frac12 \pm 6.28...$ is exactly cancelled by the denominator. 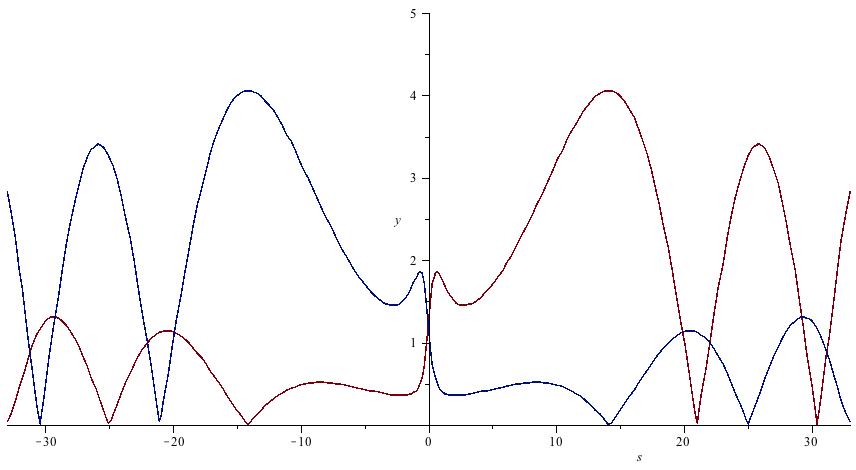 Of course this can also be split into factors with e.g. $\sqrt{s\,(s-1)}$ and I had hoped to then link these to each alternating factor of the Hadamard product in the question (but no connection found).

The main issue I encountered is that although the $\zeta_1(s)$ and $\zeta_2(s)$ do nicely behave in the complex plane, in the real domain there are discontinuities induced by the real roots of $\zeta'(s)$ in the numerator and by roots of $K(s)$ in the denominator, that don't nicely annihilate each other (since squared roots are taken).