Is Riemannian integration sufficient in physics?

In the comments, Constantin says that the question came from a student. I remember that when I was a student getting ready to study the Lebesgue integral for the first time, and discussing it with my peers and with other students who were slightly ahead of us, the motivation for the Lebesgue integral was not particularly clear. Someone pointed out that weird functions like the characteristic function of the rationals were Lebesgue integrable but not Riemann integrable. Someone else said that the Lebesgue theory allowed you to prove nicer theorems about interchanging the order of operations (i.e., limits, integrals, derivatives). For my peers who were more interested in physics than in math, these motivations were not convincing. I mean, who cares about the characteristic function of the rationals? And rigorous justification of the interchanging of limits is the paradigmatic example of something that fussy mathematicians sweat over but physicists just do. Does the budding physicist really need to learn all that math?

Implicitly, I think there are two separate questions being conflated here. The first question is the question being asked on the surface, namely whether rigorous mathematical theories of integration beyond the Riemann integral ever find application in physics. The second question, which is perhaps closer to the real concern of the student, is whether the conceptual understanding of integration afforded by undergraduate courses on the Riemann integral is good enough for most physicists (and engineers, perhaps).

Others have answered the first question well. I'd like to say a bit about the second question. I believe that there are some concepts that virtually every physicist/engineer is going to have to learn about, that go beyond what the "freshman calculus" treatment of integration gives you. Perhaps the first one that the student will encounter is the Dirac delta function. Now here's an interesting thing about the Dirac delta function: If you want to deal with it rigorously, then the standard course on Lebesgue integration may not help you very much. Instead, you either need to introduce the theory of distributions, or if you're content with a more lowbrow treatment that suffices for basic applications, you'll need the Riemann–Stieltjes integral. But perhaps more importantly, it's not clear to me that most physicists really "need" any mathematically rigorous treatment of the Dirac delta function. The mathematical physicists do, but do "regular users" need the rigor? Not clear.

So I would answer as follows. Should budding physicists expect to have to expand their conceptual understanding of integration beyond the Riemann integral? Yes. Does this mean that they need to study more integration theory, in particular the Lebesgue integral, from a rigorous mathematical standpoint? The answer to this is less clear. Certain concepts from probability theory and functional analysis are indispensable in physics, and the Lebesgue theory forms the mathematical foundation for these subjects. So if you're the kind who benefits from being exposed to a rigorous treatment of the foundations, then you'll want to study Lebesgue integration. But many physicists get by with an intuitive understanding of those concepts without worrying too much about the mathematical niceties.

Yes, there are such applications. For example quantum mechanics and the theory of solutions of partial differential equations rely on appropriate function spaces. In principle, you could define the typical function spaces as a completion of certain spaces of Riemann integrable functions. But if you want to work with an explicit structure of these spaces—and this will happen at some point—, you should know about Lebesgue-integration and the special convergence theorems for such functions. Measure theory gives the framework to work not just “abstractly” using general concepts from functional analysis, but “concretely” with integrable functions.

Also, understanding Lebesgue integration will help you to understand general measure theory. And general measure theory is important in the theory of distributions, which is widely used in physics, and for spectral theory of operator algebras/operators on Hilbert spaces (which is essential for quantum mechanics). And sometimes you want to do integration on more general manifolds or topological groups. Again, in many cases you might be able to describe the integration on the manifolds using Riemann integrals, but you really do not want to work with it.

I would like to say that the question should be phrased differently in my opinion.

Of course, in physics, you need to integrate, as a concept of integration occurs naturally when speaking of differentiation (and many laws of nature seem to have the form of differential equations).

The Riemann integral and the Lebesgue integral are two different concepts of defining an integral with mathematical rigour that coincide on certain classes of functions. An appropriate question can therefore be: are there functions that occur in physics that are not in that are not in the class that can be treated by the Riemann concept, but can be treated with the Lebesgue integral. The answer to this question, as pointed out by earlier answers, is "yes, for example in quantum mechanics".

However, I am writing this answer mainly to stress the following point: In physics, it is particularly useful to not see the Lebesgue integral as extension of the Riemann integral, but instead see them as different concepts that are useful in different contexts. For example, one of the most important functions in physics, $e^{ix^2}$ has an improper Riemann integral but is not Lebesgue integrable.

This example is generic: Especially in the theory of $\Psi$DOs and Fourier integral operators, you need further concepts of integration (oscillatory integrals, for example) that in my view are somewhat nearer to the concept of the Riemann integral.

Another example would be regularized integrals and all that.

So, summing up: Yes, in physics you need every different concept of integration that you can get your hands on, and you won't get away with only one, neither with the Riemann nor with the Lebesgue integral.

One of Norbert Wiener's famous early achievements was using the Lebesgue integral to understand Brownian motion.

Of course Riemann is sufficient. Those weird mathematical fictions like fractals never occur in the real world! 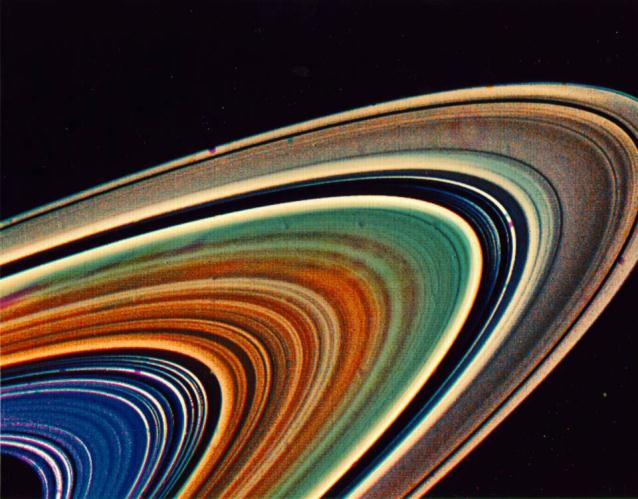 Distributions are used in physics quite often and are closely related to measures. For example this integral involving a Dirac delta function, $\int f(x) \delta(x) dx = f(0)$, cannot be interpreted in any way as a Riemann integral of some continuous functions. On the other hand, $\delta(x) dx$ is a perfectly fine measure on $\mathbb{R}$ in the sense of Lebesgue, though different from the translation invariant Lebesgue measure on $\mathbb{R}$.

The title and the question ask something different. "Is X sufficient" versus "is there a single instance of Y". Some examples of Y have been proferred.

A very mathematical approach, find a single counter example. However the question is sufficient is actually a value question. One does not have to (I would argue should not) accept the idea that one needs to know everything.

Looking at the title, a little more holistically, I would actually answer "pretty much so" to the question of if R integration is sufficient.

Let's think about it practically: are there any homework problems in the following courses, that you need L integration to solve?

So...you can learn a heck of a lot of physics, get a degree, and have a lot of commercial value without learning L integration. Note, how this is different from other concepts that you do need at various stages (integration by parts, PDEs, etc.) Compare how dramatically different the use of R integration is with the abstract examples offered up here.

P.s. I have done a lot of USE of probability and statistics in physics, chemistry, engineering, business, and psychology. And I did not need L integration (I don't know it!)

106
Why should one still teach Riemann integration?
59
Physical meaning of the Lebesgue measure

81
Why is Lebesgue integration taught using positive and negative parts of functions?
1
First mean value theorem for integration and Lebesgue measureability
1
Interchange of integration order (of a not absolutely convergent integral with sinus)
59
Why isn't integral defined as the area under the graph of function?
14
Tools from other disciplines useful to mathematics research?
14
Was Cantor aware of Lebesgue theory of integration?
25
What is the origin/history of the following very short definition of the Lebesgue integral?
Question feed