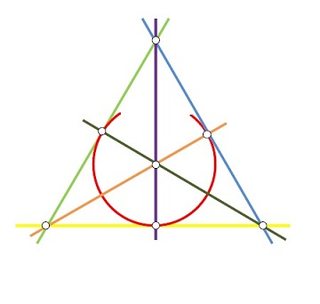 does not count as a drawing, since the last requirement is not satisfied: there are two "illegal" intersections. In fact, this is easy to fix: 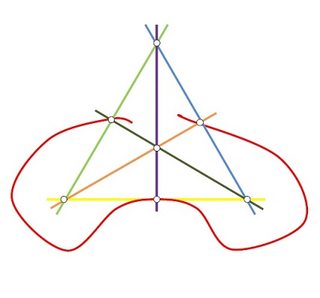 However, this drawing is degenerate in the sense that two of the curves just "touch" each other, without crossing, at some point. And here, eventually, my question goes:

Is every drawing of the Fano plane degenerate?

(Although I can give a topological definition of degeneracy, it is a little technical and, may be, not the smartest possible one, so I prefer to suppress it here.)

Does this one work? 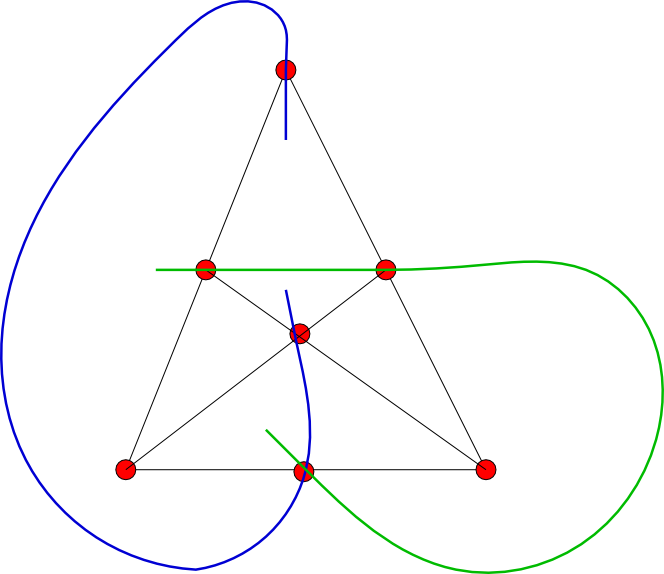 I always remember this diagram that seems impossible to find online. I have no source for it (except that I remember that it is/was engraved in the sidewalk near the Weber Building on the Colorado State University campus in Fort Collins, CO). 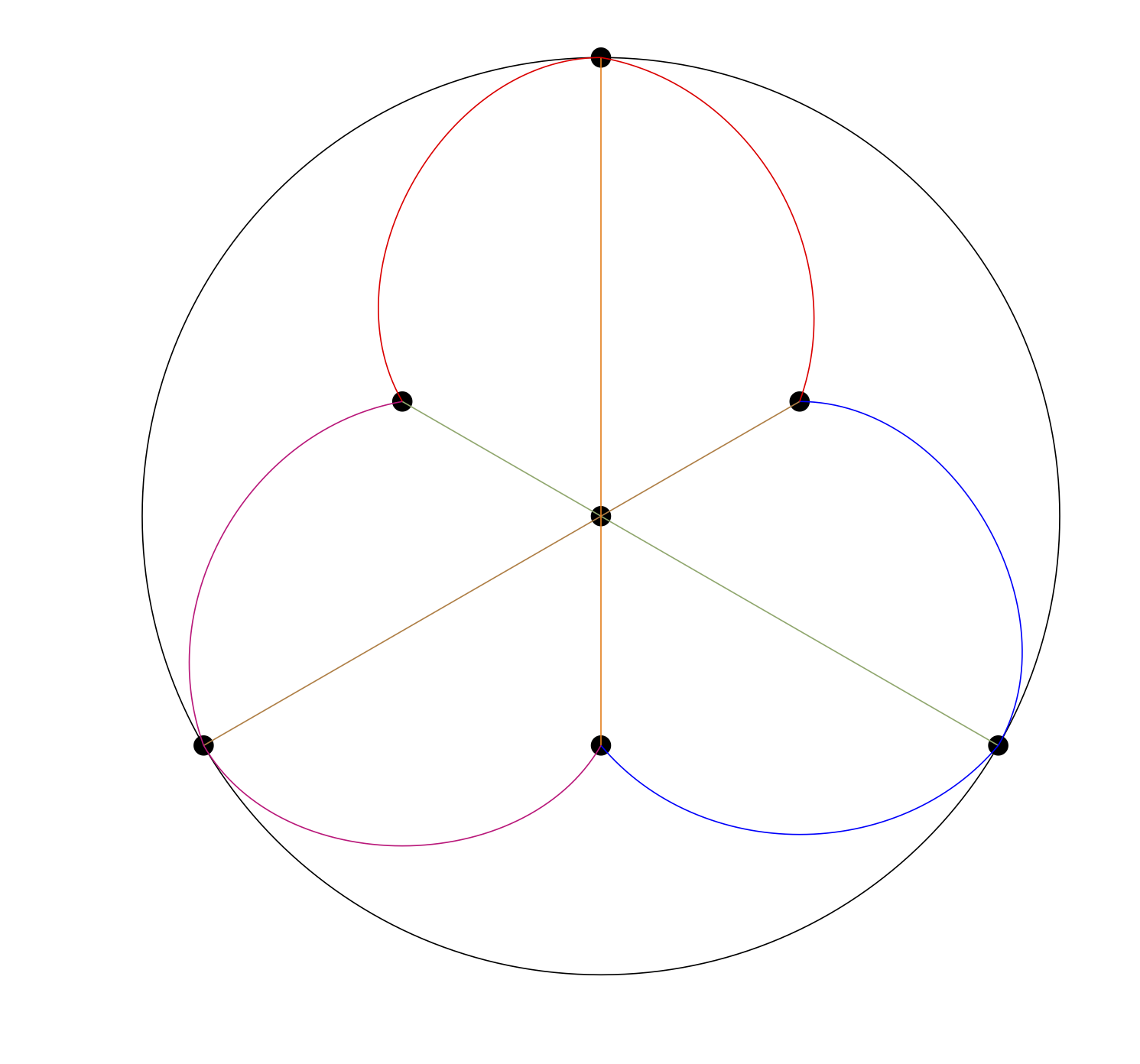 Does this one count as nondegenerate or is it still bad because of the outer circle only touching the red, blue and magenta curves?

8
A question about tilings of the plane
13
Drawings of complete graphs with $Z(n)$ crossings
7
When is a 0-1 matrix a one-intersection incidence matrix?
3
When do two lines and three points determine exactly two conics? Exactly four?
5
Is there a crossing-free planar embedding of the 2-skeleton of the 6-simplex?
34
When do 27 lines lie on a cubic surface?
4
Generalization of finite-projective-plane with more than one intersection point
2
Obstruction to embedding a point-line graph in $R^2$
Question feed