The right conformal map to make a certain picture

This is a follow-up to a question I asked a year ago, which was helpfully answered by Anton Petrunin: Fitting a mesh to a density function. 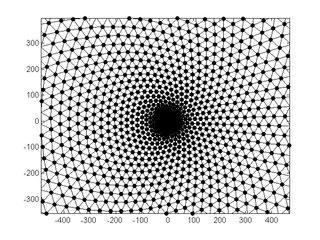 The picture below is closer to what I was looking for, but it's actually a total hack: I just took the complex map $z\mapsto \sin{z}$ and then physically drew a black ellipse in the center of the picture to suggest some kind of elliptical density: 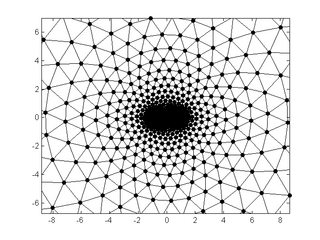 If we zoom closer we can see that the level sets of the density are clearly not ellipses: 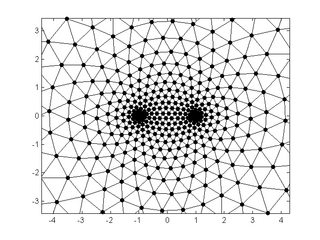 Does anyone have suggestions for better maps that might produce the kind of picture I'm looking for? I browsed through the "Dictionary of Conformal Mapping" (Wayback Machine) but haven't been able to find anything better than what I've got.

Well, if $z \mapsto z^2$ gives circles, then $(x,y) \mapsto (x^2-y^2,xy)$ should give you ellipses with the horizontal axis twice as large as the vertical. Note, this map is not conformal.

It therefore "feels" like you cannot find such a map that you are looking for, ellipses are not really conformal objects in some sense, maybe someone else can give a rigorous proof on why there cannot be such a map?

Not the answer you're looking for? Browse other questions tagged mg.metric-geometry cv.complex-variables euclidean-lattices or ask your own question.