This will look at first like a posting about trigonometry, then maybe about statistics, then finally about peculiarities of either

My question is: Which is it? And what's actually going on? I suspect it's the second alternative, but I'm not at all confident about that.

In the course of doing a bit of amateur cartography, I derived this little trigonometric relation:

If $(\cos\alpha,\sin\alpha)$ is in the right half of the unit circle (in other words, $\cos\alpha>0$), and $$\tan\gamma=\dfrac{\sin\alpha\sin\beta}{\cos\alpha+\cos\beta},$$ and $\cos\gamma$ is also positive, then $$\tan\dfrac\gamma2=\tan\dfrac\alpha2\cdot\tan\dfrac\beta2.$$ Numerical evidence bore out what I had derived, so now I should live happily ever after.

(And I was moderately intrigued by the resemblance to the simpler and more familiar tangent half-angle formula $\dfrac{\sin\alpha+\sin\beta}{\cos\alpha+\cos\beta}=\tan\dfrac{\alpha+\beta}{2}$.)

But then I asked what happens in the left half of the circle, where the cosine is negative. The answer turns out to be $$ -\cot\frac\gamma2 = \tan\frac\alpha2\cdot\tan\frac\beta2. $$ [But see the "later note" below.]

But instead of deriving this by massaging trigonometric identities I got lazy and did some "experimental mathematics". Using R, I entered these commands:

Finally, I plotted $u$ on the horizontal axis and the residuals on the vertical axis, and I got the following! If real numbers rather than approximations could be used, they would of course all be $0$, so this is about rounding errors, but still I wouldn't expect to see a pattern like this. I tried it a dozen or so times with pretty much the same result, and I tried it with the angles in the first quadrant and the identity that holds in that quadrant, with the same result again. 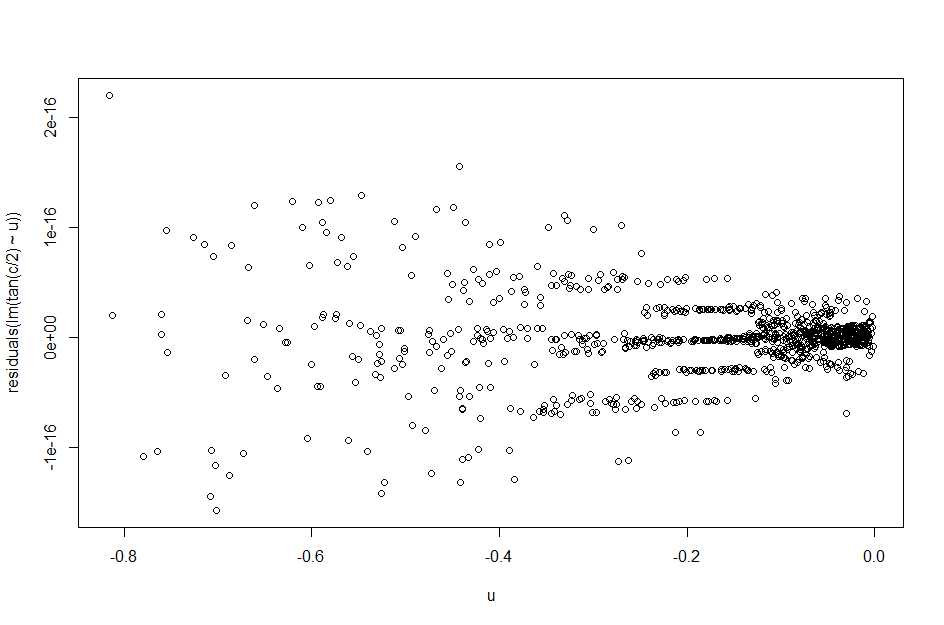 LATER NOTE: Well, haste makes waste, I guess. I should have let $\gamma$ be the "other value of" the arctangent once I moved into the second quadrant, i.e. $\gamma=\arctan(\cdots\cdots\cdots)+\pi$ as soon as the argument to the arctangent function was more than $\pi/2$. That way we still have the identity $\tan\frac\gamma2=\tan\frac\alpha2\cdot\tan\frac\beta2$. However, this doesn't upset the main point of this question. As I said, this already works in the first quadrant; I simply hadn't yet noticed it because at that point I was still doing things intelligently rather than numerically.

For what it's worth, if you do the same computation on Mathematica, you see something quite different (and very much like what @Henry Cohn predicted): 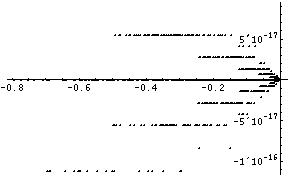 Apparently it's something to do with the "residuals" function in R.

If you do this

instead (with the previous code being the same) you get the following: 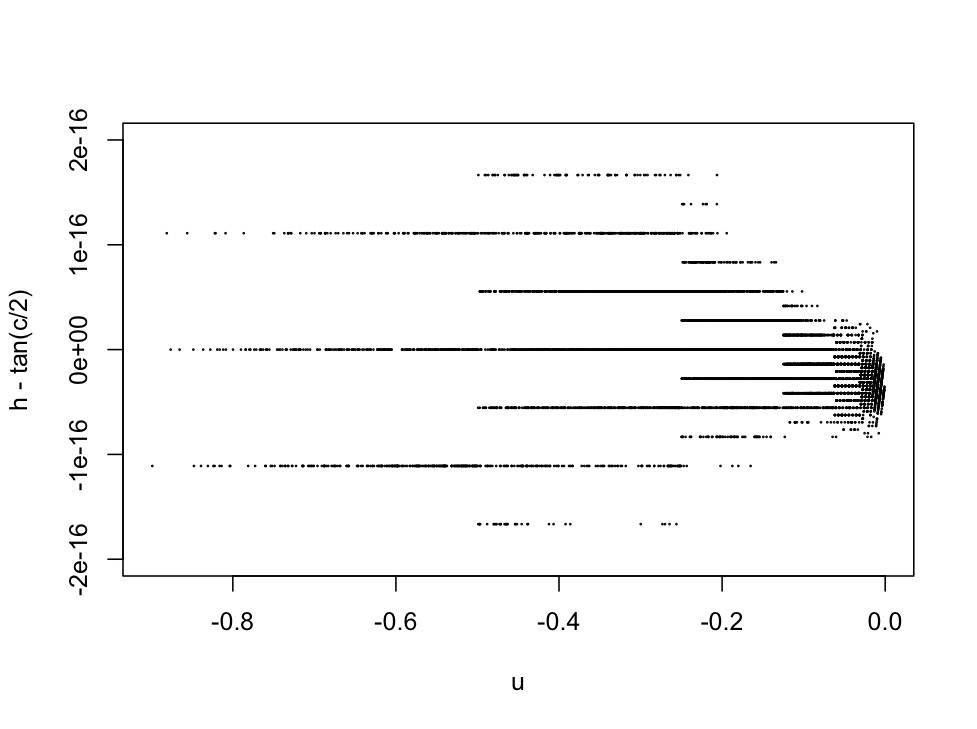 Not the answer you're looking for? Browse other questions tagged st.statistics special-functions or ask your own question.