This is a vague question, and I will no doubt be (properly!) chastised for posing it. I would like to generate a set $S$ of points in $\mathbb{R}^3$—$|S|$ finite or infinite—which has the property that, viewing $S$ under orthogonal projection along a random direction $\vec{u}$ results in a more-or-less generic, undistinguished cloud of points. But, there is some specific projection direction $\vec{u^*}$, where suddenly (if one were 3D-rotating the points under mouse control) the cloud resolves itself, through unlikely point alignments, to paint a recognizable image, e.g., 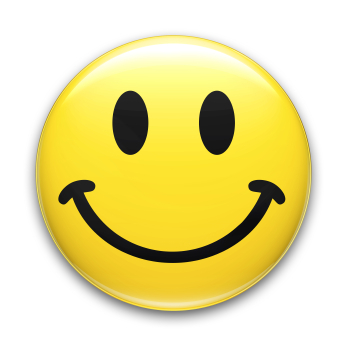 Is this an impossible :-) hope?

(Somehow my analytical smiley has a Halloween evil glint!) 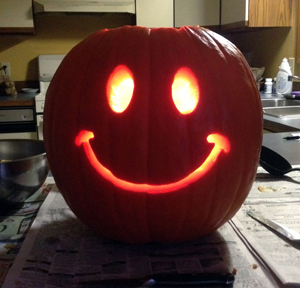 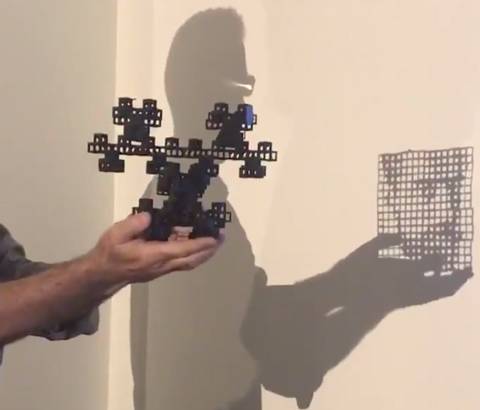 Surely you can draw the 2-D image in the XY plane so it consists of points of the form (x, y, 0) and then give each point in it a random non-zero Z co-ordinate. So it should look like a mess except viewed looking in along the Z-axis.

Glad that MO is up and running again.

Following the suggestion by Michael Murray one can also produce more than just one sudden smiley:

I guess, that a higher number of images is also possible. But probably some structure may be visible from other directions as well in this case. By the way: The problem seems to be a bit related to tomography...

Perhaps the digital sundial of Falconer is what you need: http://www.researchgate.net/publication/225574085_Digital_sundials_paradoxical_sets_and_vitushkins_conjecture

Here is a photograph of a working model: http://apod.nasa.gov/apod/ap120626.html 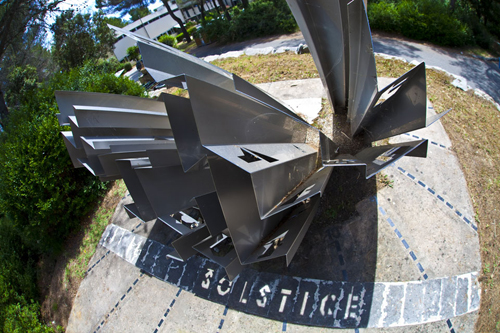 Here are some links: 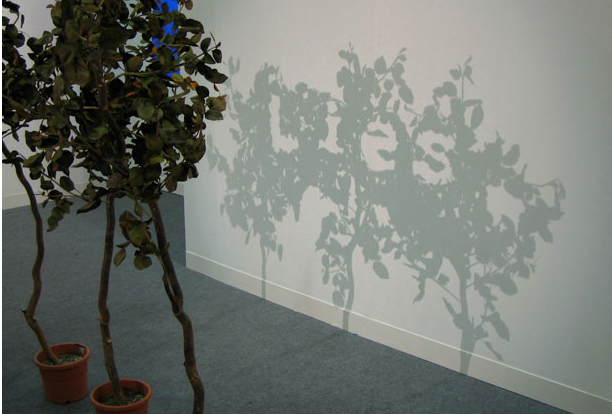 A Painting Made From Pieces of Glass 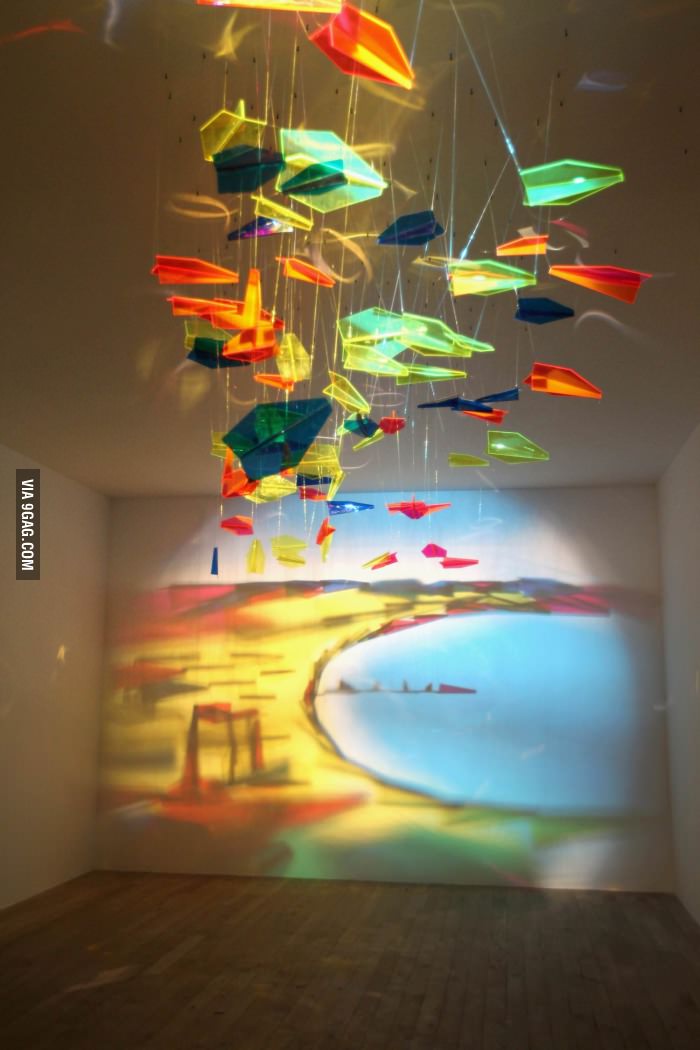 If you have no desire for compactness, you can choose the set of points to be all of the points in $\mathbb R^3$ which lie in the inverse image of :-) under the orthogonal projection. Then the image under a different orthogonal projection will always be a union of intervals times $\mathbb R$, giving no indication of the shape of the smiley.

I would like to see such a subset of $\mathbb{R}^3$ having the property that several of its shadows are recognizable. For example, I would like to see sets of points whose shadows realize the actions of two or more generators in a Cayley graph.
See this question for more details.

Not the answer you're looking for? Browse other questions tagged discrete-geometry pr.probability recreational-mathematics or ask your own question.