I randomly place $k$ rooks on an (arbitrarily sized) $N$ by $M$ chessboard. Until only one rook remains, for each of $P$ time intervals we move the pieces as follows:

(1) We choose one of the $k$ rooks on the board with uniform probability.

(3) We choose a number of squares in which to move the rook along the direction chosen in [2] with uniform probability over the interval consisting of the rook's current position to the edge of the board.

(4) If the rook being moved collides with another piece while being translated in [3], just as in regular chess it will annihilate that piece and remain at the piece's former position.

NOTE - An alternative way of stating [2], [3], and [4] would be to say that the chosen rook samples all possible sets of moves, with uniform probability, and is unable to bypass other rooks without annihilating them and stopping at their former positions.

NOTE 2 - Gerhard Paseman is correct in suggesting that the original formulation for [2] and [3] will bias the rook towards shorter path lengths. This is in part due to the choice of direction in [2] not being weighted by the resulting possible number of choices in [3], and also the over-counting of positions in [3] due to the lack of consideration that there may be a collision. There are also problems with [2] near the board's boundaries where a direction can be chosen in which no move can take place. Instead of [2] and [3], I'll suggest that a better method would be to number all possible position that the chosen rook from [1] can occupy (keeping the collision constraint from [4] in mind), and then use a PRNG to select the next position.

What does the distribution look like for the number of time intervals, $P$, necessary for only a single rook to remain on the board? 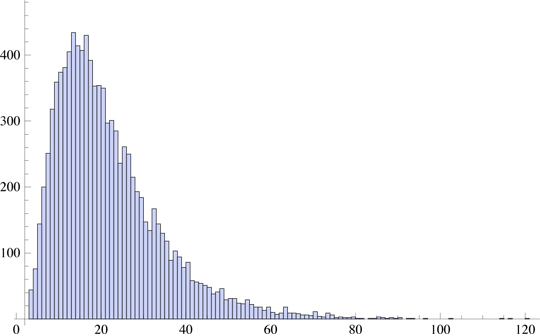 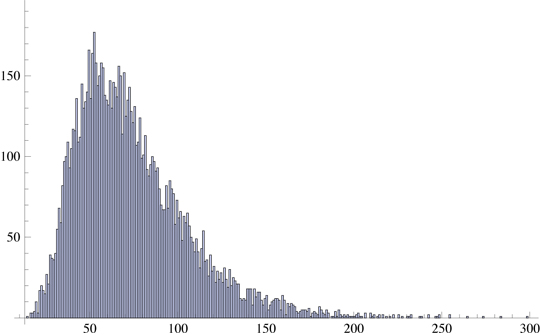 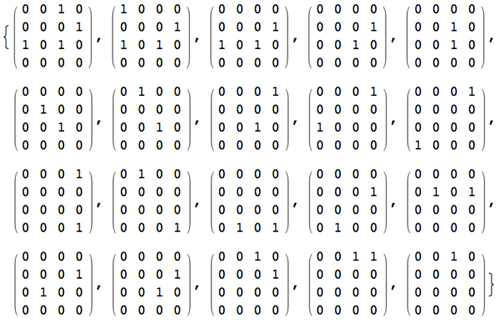 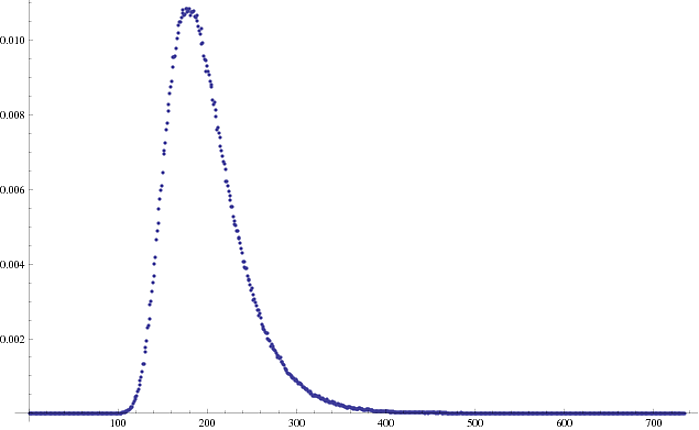 Depending on the precise model (see NOTE 2), each rook has probability of order $1/n$ of capturing another in a given step (they need to be on the same row, and then the probability is $O(1)$. Note also that the positions of rooks are mixed very quickly (this random walk mixes in $O(1)$ steps.

This brings this process into the range of Kingman's coalescent. As $n\to\infty$, the model can be approximated as follows: When there are $k$ rooks left, each pair of rooks merge at rate $a/(kn)$, where $a$ is some constant that can be computed. T(he $1/k$ factor is from the probability that one of them is moved; If the rooks moves were timed independently it would not be there.) There are $\binom{k}{2}$ pairs.

The time until a single rook is left is roughly a sum of independent exponentials, which will be asymptotically concentrated near $2n\log(M)/a$, where $M$ is the initial number of rooks.

So, I did some numerical experiments on 4 rooks on a k times k board. Each data point is the mean of 500 runs. 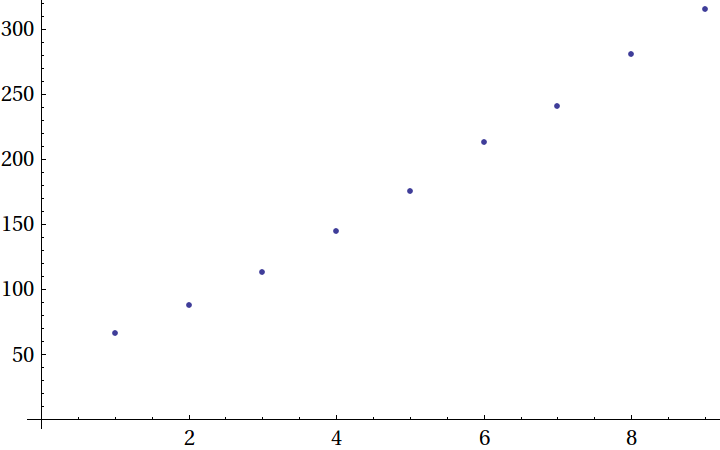 The x axis is the width/height of the board, the y axis is the number of iterations needed for it to be only one rook left.

EDITED: So, I did some changes and now my data conforms with the others:

1) Choose rook. 2) Choose direction. 3) If direction does not allow moving in that direction, goto 2. 4) Move 1,2,.. or k steps in direction chosen, where k gives a boundary square.

I.e. this does not count non-moves (which the image ABOVE do). 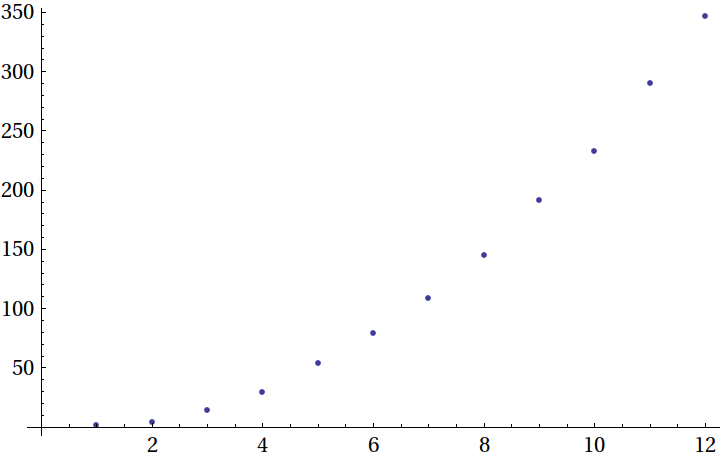 It occurred to me it might be of interest to see what happens if you start with a board completely clogged with rooks*, so I decided to pluck the lowest-hanging nontrivial fruit and examine the $2\times2$ case, which features 5 distinct states: the starting state $S$ with 4 rooks, a trio state $T$, a pair of doublet states $R$ and $D$ with the rooks lined up in a row or along a diagonal, respectively, and the quitting state $Q$ with just one rook.

It seems doubtful that the expected values will be integers in general, but it might be worth checking the $2\times3$ and $3\times3$ cases, which ought to be doable. (The $2\times3$ case, which has 23 essentially different states, might be a good place to experiment with different conventions for the transition probabilities.) One thing worth noting: The states $R$ and $D$ are equiprobable when starting from $S$, but not if you create a 2-rook state from scratch by placing rooks at random. This makes me wonder what Joseph O'Rourke's histogram would look like if you started, say with 16 rooks on a $4\times 4$ board but didn't start counting moves until you were down to the last 4 rooks.

*I wrote all this up before I read Aaron Golden's answer carefully. His graph shows simulated results for the $8\times8$ case starting with 64 rooks, but he's allowing rooks not to move if they're on an edge of the board.

Not the answer you're looking for? Browse other questions tagged pr.probability stochastic-processes chess or ask your own question.

10
Counting colored rook configurations in the cube - when is it even?
101
Checkmate in $\omega$ moves?
20
Irreversible chess
8
A discrete random walk that avoids previously visited vertices for an exponentially distributed time interval
12
An "inchworm-like" random walk on an integer interval
7
Decidability of the winning-position problem in an infinity chess with a finite number of short-range pieces only
37
Can one make high-level proofs about chess positions?
65
What is a chess piece mathematically?
Question feed